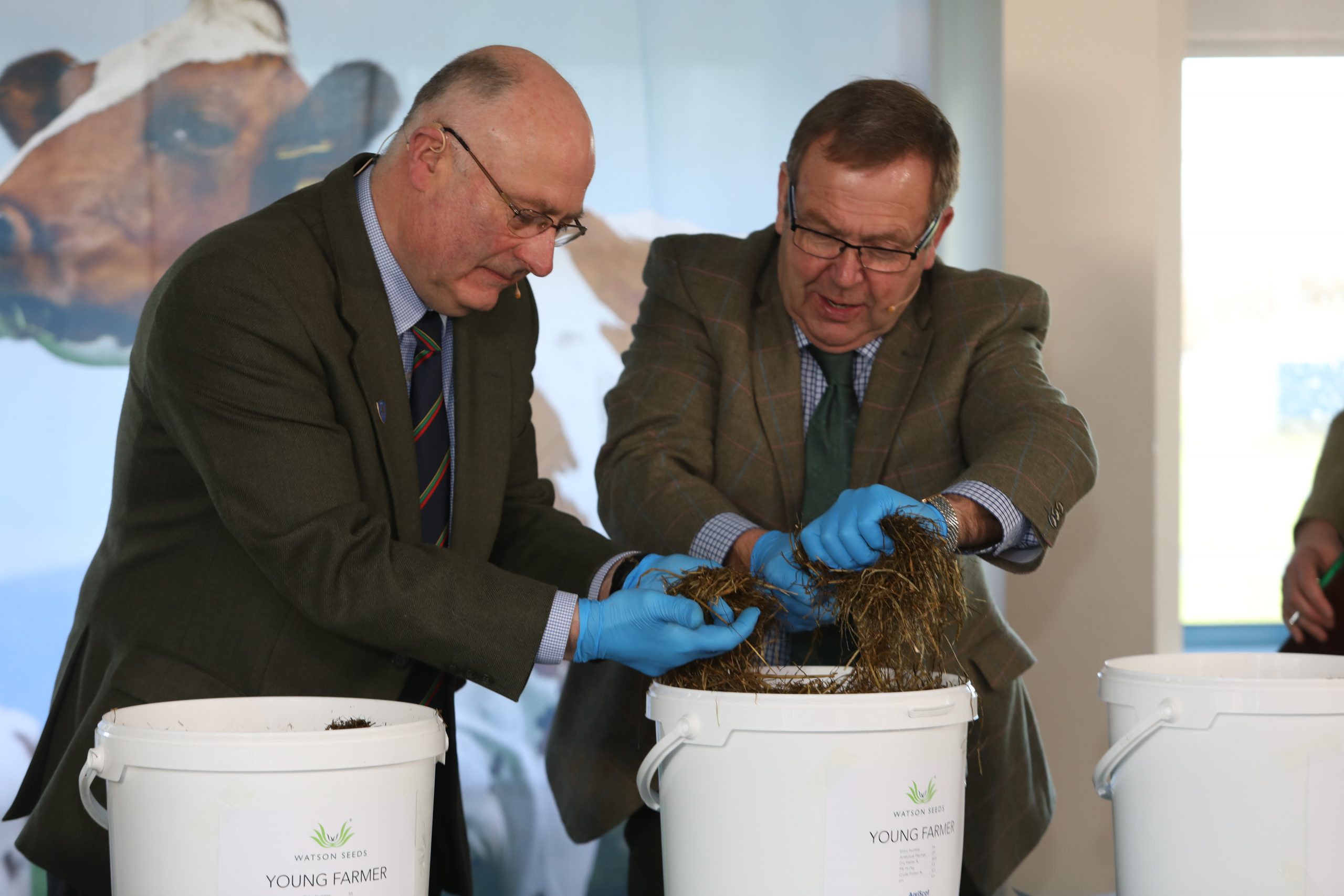 The AgriScot Silage Competition, judged as part of the special awards ceremony held at Ingliston recently, rewarded quality silages produced on farms as far apart as Stromness and Stranraer.

One hundred and forty silage analysis reports were submitted to the competition, across dairy, beef & sheep, big bale and young farmers classes. Samples of the silages with the best analysis were collected for live assessment by the competition judges at the AgriScot awards ceremony.

Competition organiser, Andrew Best, of Watson Seeds (also the prize sponsor)  stated:
“We were delighted with another healthy entry of 140 silage analysis, and also the geographical spread of those entries. I think it’s a testament to the competition that we had winners from Wigtownshire to Orkney. The standard of the competition was very good, which is encouraging in the current climate of high feed and fertiliser costs; maximising the full potential of a grass ley to achieve target dry matters and high ME and crude protein levels is essential for livestock farms.”

“I would like to congratulate all of our winners and thank everyone who supported the competition.”

First place in the Big Bale class was awarded to Alex Sanger of Rosemount Farms, Montrose with a sample of 30.6DM, 12.2ME, 13.1P and pH 3.9. Willie Cruickshank of West Mains, Dumfries and Gordon Nicholson, Welton Farm, Blairgowrie, were second and third respectively.

First prize in the hotly contested Dairy Clamp class was awarded to a 37.6DM, 12.3ME, 18.2P,  pH4.4 produced by Daniel Ritch on his Brettobreck Farm, Stromness. Organisers believe that this is the furthest north this prize has ever gone!

South West Scotland also dominated in the Beef & Sheep classes and in the Young Farmers class.

Reuben Inman, of Kilnknowe, Lockerbie won the Young Farmers class with a 35.1DM, 11.5ME,16.1P pH4.1 sample.  Upper Nisbet, Jedburgh was the home of the second placed silage in this class, produced by brothers Harry & Andrew Neill. Nigel Boyd from Rockallhead, Dumfries was third.

The silage analysis reports were shortlisted by Hugh McClymont, SAC Crichton Royal Farm who was joined by RHASS Chairman, Bill Gray for the live judging.

It was a virtual judging experience for the AgriScot silage competition this year, once again placed by SRUC’s Crichton Royal farm manager, Hugh McClymont.

Sponsored by Watson Seeds, the classes were judged within the college’s farm complex and the winners announced from there.  The judging process is availabe to watch here on YouTube.