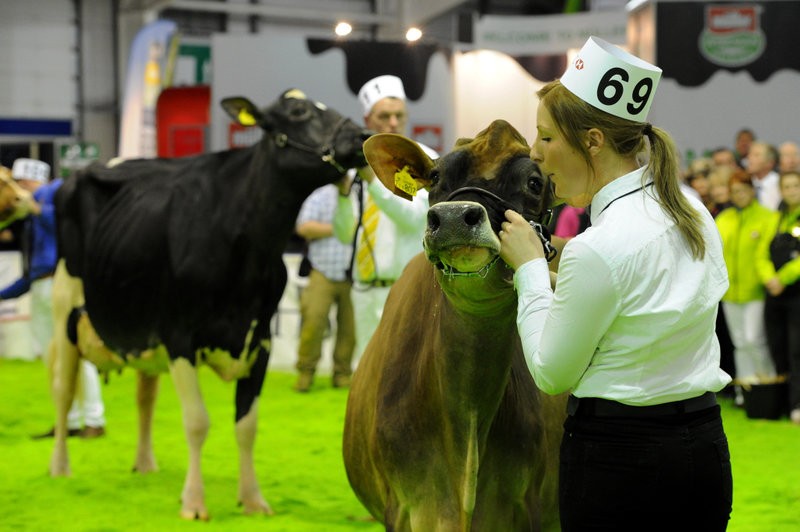 The eyes of the world will be on Northern Irelands’ Mark Logan when he steps into the NWF Agriculture show ring at AgriScot next month.

Mark, manager of the farm and prize winning dairy herds at Clandeboye near Belfast is the man tasked with selecting the prize winners from the top dairy cattle in the AgriScot 2016 show classes.

A renowned and experienced judge, Mark is no stranger to the show ring, as he illustrates:

“Over the last number of years I have had judging assignments across the UK and Ireland for Holstein, Jerseys and Interbreed classes including the all Breeds All Britain Calf Show, the Dairy Event, the South West Dairy Show, the Welsh Dairy Show, the Royal Welsh, the Royal Highland, the Great Yorkshire, the Royal Cornwall, UK Dairy Day and the Autumn Show on Jersey Island.”

“The reputation of AgriScot as a show of supreme quality dairy animals is growing year on year. I am really looking forward to the opportunity to judge at AgriScot in November.”

Clandeboye, the 2000 acre privately owned estate managed by Mark, is home to 65 Holstein and 25 Jersey cows, plus their followers. The Clandeboye herds have had notable show success, including winning the Holstein UK Premier Pedigree Herd title and a number of prestigious Supreme and Championship wins.

The worldwide audience for AgriScot show classes will come via an internet livestream, which was successfully introduced for the 2015 event.

“We had great feedback regarding the livestream in 2015. We understand that people watched the cattle judging and the farm of the year award presentations and other ring activity from as far afield as Australia, New Zealand, Canada and continental Europe.”

“It is great to think that it is not only the audience around the ringside at AgriScot who are able to view the outstanding cattle on parade.”