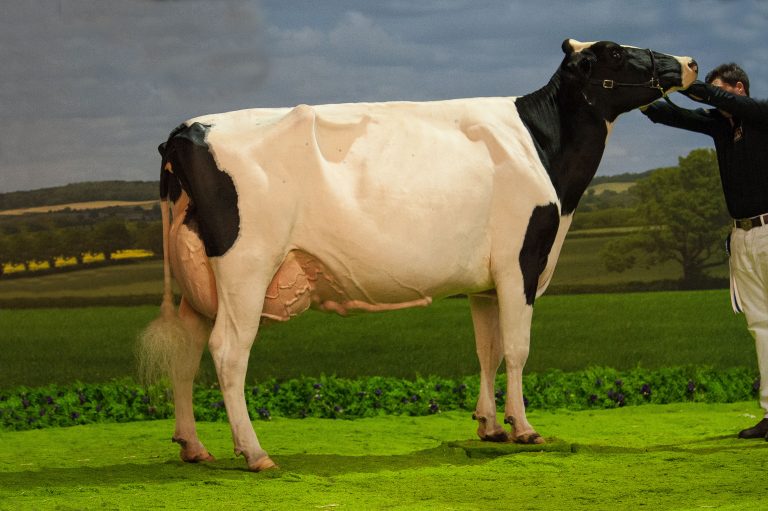 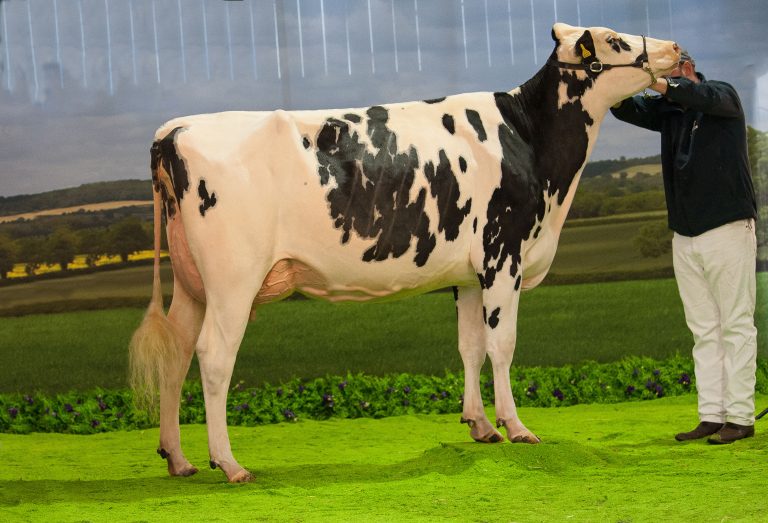 2018 Livestock results can be viewed here.

The highlight for many at AgriScot 2017 was the show of top quality dairy cattle, which sadly saw the judge, Peter Prior of Designer Holsteins, Essex, have to stand down mid way through the heifer judging due to severe back pain.

Johnnie Cousar, Howcommon, who has judged throughout the UK and the world, stepped in to the hot seat.

Mr Cousar’s choice of SuperCow was Icow Huddlesford Rosann from Isaac Lancaster and Andy Cope.  from Staffordshire and Skipton, respectively, and the reserve, the supreme Jersey from first time exhibitor, Nia Llewellin, Wales.

History was made when a red and white won the SuperHeifer title for the first time.  The winner was from two of Scotland’s best known dairy farming families – the Lawries, from Sandyford, Monkton, Ayrshire, and the Yates, from East Logan, Castle Douglas.  It was the ladies of those families who were the real stars though, as it was Caroline Lawrie and Sheila Yates’ Eastford Atomium Kiwi Red, a VG88-2yr classified heifer which was crowned SuperHeifer.

Following his judging duties Mr Cousar commented “This is undoubtedly the best show quality wise I have ever had to place.” 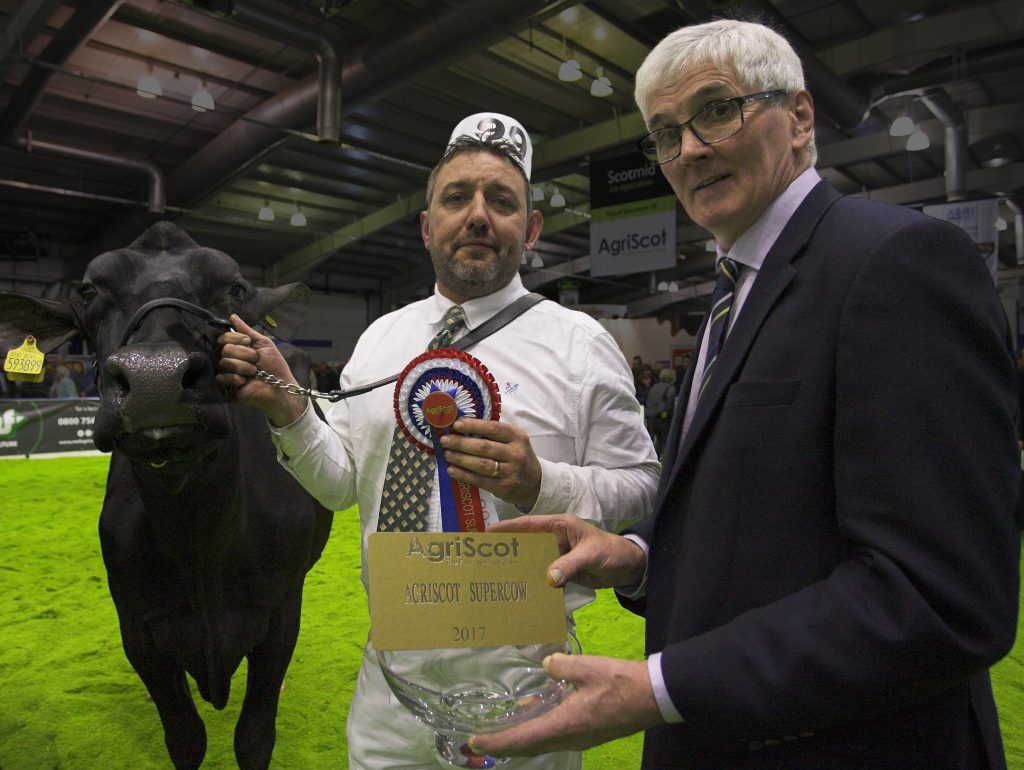 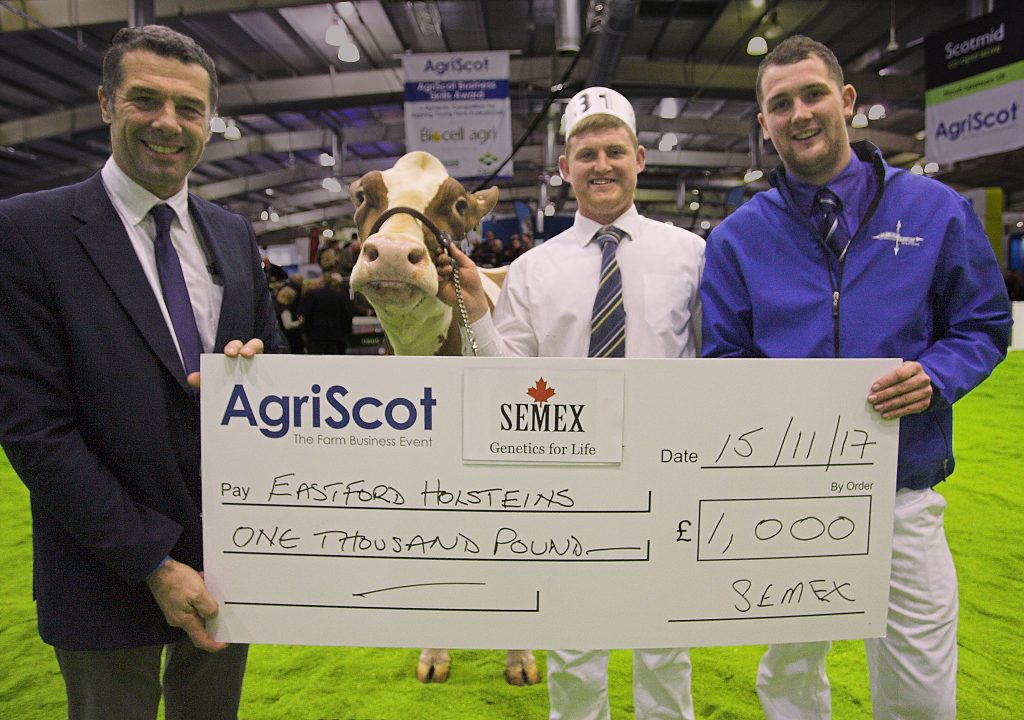