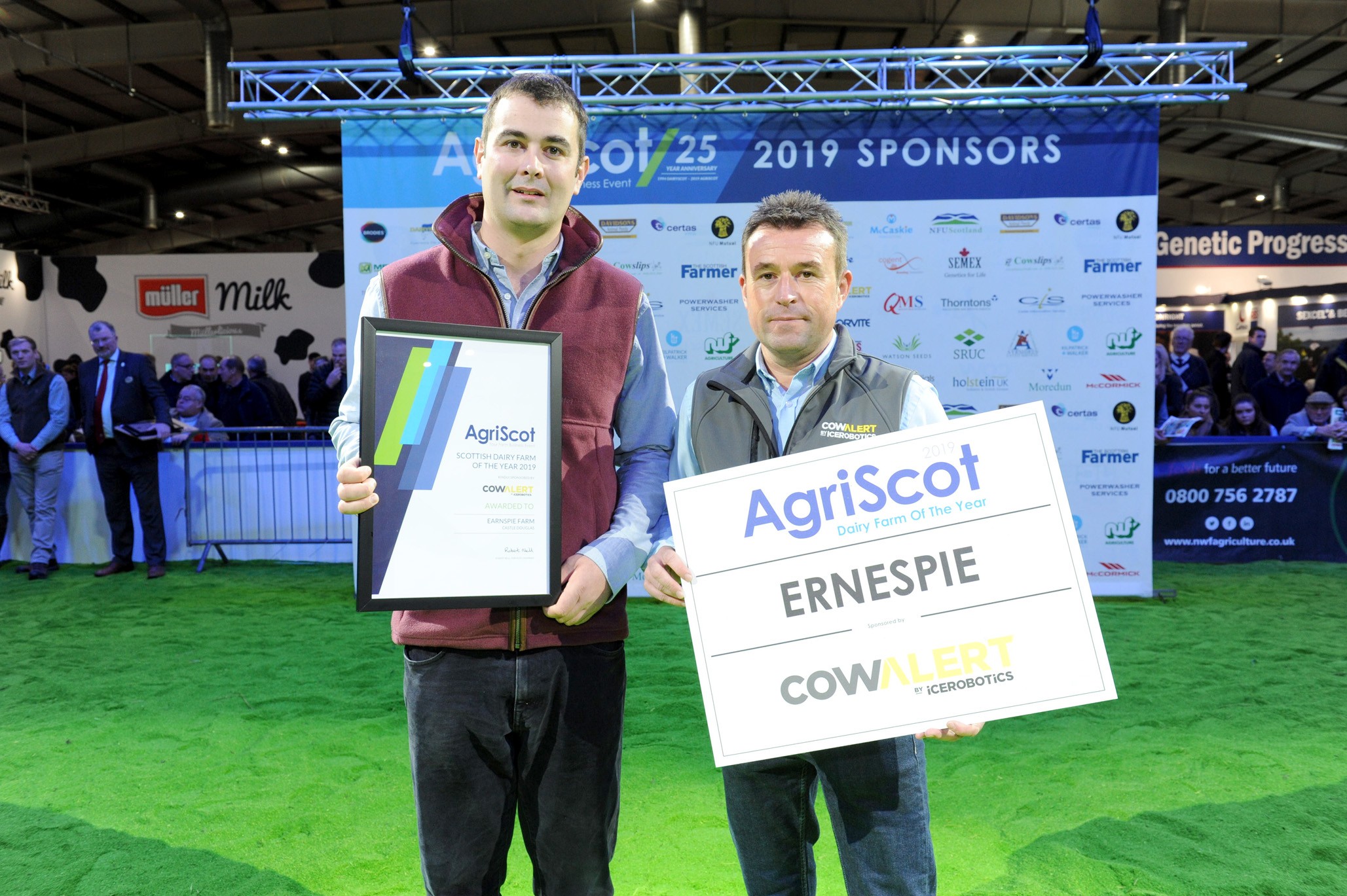 The dairy heartland of Dumfries & Galloway provided the 3 top farms in the running for the prestigious Scottish Dairy Farm of the Year title 2019 at AgriScot.

With all 3 finalists in the main show ring at AgriScot as part of a dedicated ceremony, the award recipient was announced as Ernespie Farm, Castle Douglas.

Farmed by the McMiken family, the unit was described as “outstanding” by the independent assessors, – former Chairmen of AgriScot Alex Brown OBE and Robin Young.

Ernespie is run by David McMiken his partner Rebecca and his father and mother. David returned to the family farm 5 years ago after studying Automotive Engineering at University. A new 290 cow dairy unit plus silage clamps and feed storage have been put in place assisted by government and EU funding since his return. The herd is grazed by day in the summer months. David and a herdsman manage the herd on a daily basis with the help of one further employee and self-employed labour at peak periods. No animals are brought onto farm with genetic improvement being assisted by the selective purchase of embryos. A farm visitor centre has been added which opened in the summer, this includes a restaurant, animal barn, soft play area and outdoor facilities. Twenty-nine members of full and part time staff are employed with Rebecca taking responsibility for day to day running.

Gilmour Lawrie, who convenes the award on behalf of AgriScot, commented:

““There were an encouraging number of farms forward for the award this year and I understand the independent assessors had their work cut out to choose the 3 finalists, let alone the ultimate Scottish Dairy Farm of the Year.”

“We are grateful to all of the farms entered for the award this year and also to the award sponsors, CowAlert, by IceRobotics.”

This year, 2019, marks the 25th anniversary of AgriScot, since its inaugural year as DairyScot in 1994.

To mark the occasion, the first 2 chairmen of the event, Alex Brown and Robin Young, were appointed as joint independent assessors for the Scottish Dairy Farm of the Year award.