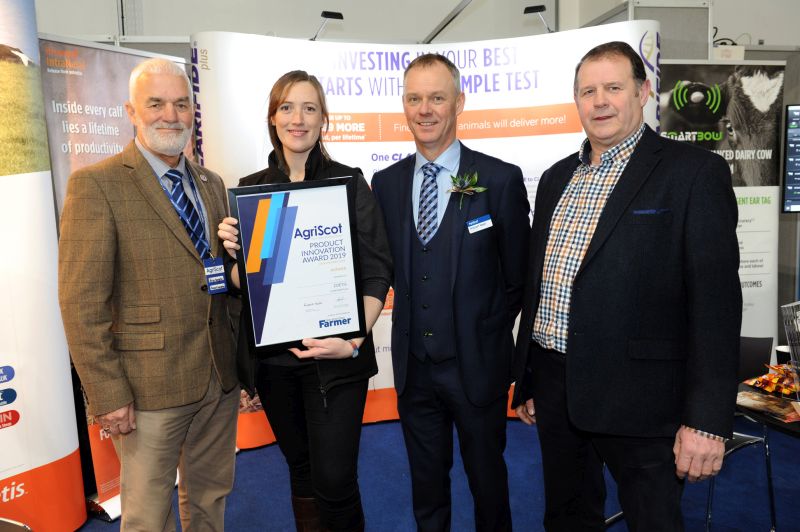 In what, for the judges, was another extremely competitive year, CLARIFIDE Plus has beaten nine other entries to be crowned winner.

After much deliberation, the winner was announced as CLARIFIDE PLUS from Zoetis. CLARIFIDE Plus incorporates health and wellness traits in addition to the production traits delivered by standard genomic testing, helping to predict a heifer’s potential and their ability to reach it. As wellness traits offer the opportunity to better manage disease and increase on-farm profitability, CLARIFIDE PLUS predictions translate to real performance differences. On average, cows in the top 25% for the genetic predictions for each health trait were over twice as likely to stay healthy as those in the bottom 25%.

AHV Agri-Pharma, a new innovative solution in the fight against pathogenic bacteria in dairy cows, from AHV, and the Pottinger Impress 125FC Baler Wrapper Combination, the completely new range of Impress round balers and baler wrappers from Pottinger, both won this year’s Highly Commended accolades.

Gemma Allison, Account Manager at Zoetis, said of their win:

“We’re delighted to have won the Innovation Award today at AgriScot! A lot of hard work has gone into CLARIFIDE Plus so we’re over the moon. Heifer genomics is still relatively new, and the difference CLARIFIDE Plus can make in identifying wellness traits means farmers can be more precise in ensuring the productivity of their dairy herds in the future.”